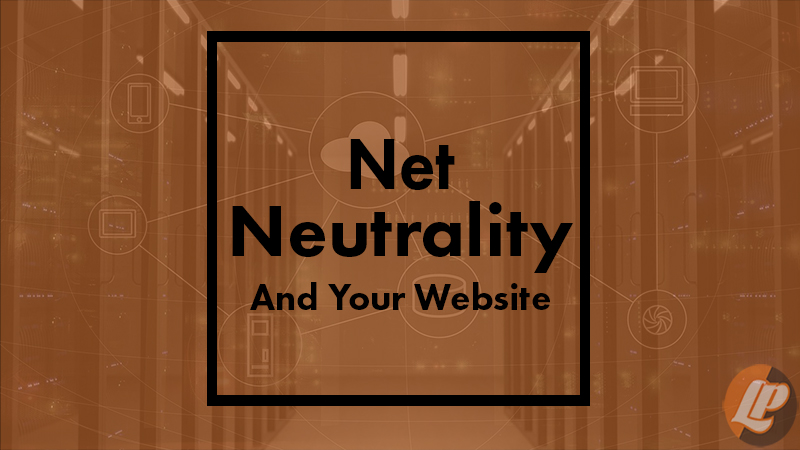 One of our clients asked a fantastic question which many other folks are also wondering. “What do the implications of Net Neutrality regulations mean for my website?”

We’re not going to take sides on this issue, but hopefully, put your mind at ease. There’s been a lot of fear-mongering and misinformation by both sides of the issue. And indeed, you can find big-name sources of articles on both sides.

Net neutrality is a relatively new regulation. Before 2015, it was basically how business got done. It passed as administrative regulation (part of its criticism) instead of legislation, with the goals of increasing disclosure and treating all content and data equally. It also sought to provide an avenue for grievances.

Each special interest on either side of the regulation has its own spin and talking points. Both sides also speculate about what the latest news might mean. There’s LOTS of speculation. The surest proposed targets of any malfeasance are streaming video and audio services like Spotify and Netflix. It seems the likely targeted giants aren’t worried, and as of this publication date – you shouldn’t be either.

While the FCC’s administrative regulation is no more, jurisdiction has shifted to the Federal Trade Commision (FTC) – which is expected to take a more antitrust approach. It’s also still a relevant issue inside of Congress. There’s at least some bipartisan support, and even Republican Senator John Thune is asking “both sides of the aisle” to come work with him on a legislative solution.

There’s a whole rabbit-hole of political commentary on this topic, and a lot of news articles with special interests claiming their intentions to keep things fair and status quo. It’s not going away soon, and you’re likely to see it as a wedge issue in the 2018 midterm elections.

Bottom line: at the current time, you’re not a target. Unless you’re a giant bandwidth hog like Netflix, there’s probably not even imaginary cross-hairs on you. It’s a complicated topic both technically, and legislatively. We’ll stay on top of changes that affect you and keep you posted.