5 Steps To A Successful Advertising Campaign 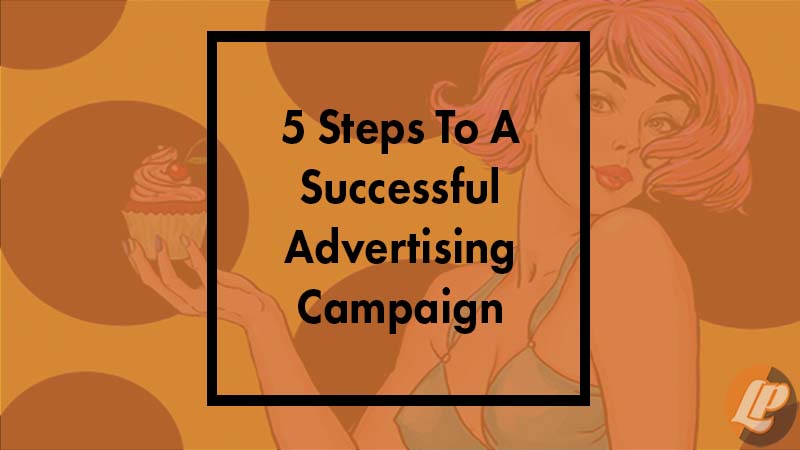 A lot of people believe that the power of TV alone is powerful enough or, radio, web, print, and any form of media that is known. They say to themselves, “If people see that I have a business, a location, and a phone number they will call”. They meet up with their local TV rep who in most cases has little knowledge of selling products and services through advertising. They simply sell spots to advertisers. Nothing against them because that’s their job. The business owner throws thousands of dollars at an advertisement created from the notes taken by the sales rep. The script is approved, the commercial, shot and then goes live. During week one there are no calls, week two no calls, but week three there’s a call! It’s from you to the rep saying “TV doesn’t work, cancel my ad.”

When I worked in broadcast television, I learned rather quickly that the success of my clients would land on my shoulders and that if I were going to become a good copywriter, it would be up to me. Without that skill, I would have little success keeping clients on air. After hiring a copywriter to train me and spending many months studying, I started writing commercials that were getting results. I helped a realtor who had two previous ads running along with billboards. His message was so broad and far away from his core audience that he spent thousands of dollars with no results. There was a pest control company who needed to show the world that bedbugs are not microscopic, and they will eat you slowly. I became a specialist at bad advertising interventions. Here are just a few of the techniques I used.

It’s not about you. It’s not about your location, your ability to produce the greatest quality, your years in business, or the friendly dog who hangs out in your shop. It’s about them, the customer. It’s about how your service or product will better their lives. What are the benefits to THEM? Always write from this perspective. Put yourself in their shoes.
What keeps them up at night? Again, it’s about them. What are their pains? Identifying a common pain amongst your customers will help you to see how you can cure that pain for them. If you’re selling cars, you are not selling cars. You have a Subaru with a 5-star safety rating. You’re selling happy and safe families. You’re selling a peace of mind. Peace of mind is the benefit and people buy to bridge a gap in their lives. Why do people buy gas for their cars or shoes for their feet? They have a need to fill, a gap to bridge, a pain to heal. Become their answer!
Speak to your customers with your customers. This is a big one. If you’re a realtor looking to attract older people who are considering downsizing, why would you use 25-year-old actors in your commercial? Why would you use yourself if you’re a 36-year-old mother? Use the people you are trying to attract.
Put yourself in their shoes. Put yourself in their shoes. Truly, ask yourself how you shop for products and services. How would you shop for your service? What types of pain can this cure in your life? Try to step out of your mindset as the owner of the company. Pay attention to how you think during a purchase decision. Your customers are thinking the same way.
Put your ad in the right place. If you’re trying to attract teenagers, you will not find the majority of them reading the local newspaper or watching the local news. If this is a video ad you’ll need it up on Youtube, optimized in search, and running on Pandora. You might consider sponsorships like putting your message on the chairlifts at your local snowboard park or your local high schools’ football field. You put your message on apps like Snapchat and Facebook. Now if you’re looking to target 40-year-old construction workers, you would run your ad on the 6 pm news, sponsor your home builders association, run ads during televised sporting events like NASCAR and NFL, sponsor your local beer festival, and host your ads on billboards that sit by new development projects.
Good advertisements grab the attention of the type of customer you want to attract. Keep in mind that you won’t attract every demographic with one advertisement. You will need a different message for each demographic you want to target. A cheap way to test your ad before launch is to run a small campaign on Facebook. You can drill down who you’re targeting and see if you get a good response before spending big advertising dollars to get it out there.